Martin Malik: My name is Martin Malik and I am CEO of Future Games, which is a Czech Republic based independent developer of computer games. And maybe among the players we are mostly known thanks to the adventure game 'Black Mirror'.

We haven’t seen very much of 'Reprobates' so far. So could you tell us something about the story? 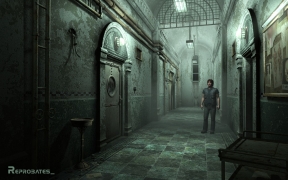 Martin Malik: We didn’t unveil the story so far and want to make it public in coordination with our publishers, so maybe some of your readers will be disappointed, but I will not tell you the whole story. But basically 'Reprobates' is a dark adventure. The atmosphere of the game is quite similar to the style of 'Black Mirror'. It’s a thriller, but there are some scary moments in the game as well. The Story is about a young guy named Adam Raichl, who is just a normal typical 23 or something like that years old guy. Once he is going to his girlfriend by car, but during his way to her, he receives a phone call asking for something else, before he is all there. It means, immediately he is under pressure of time and starts to be in a hurry. A situation nearly all of us know very well, because it’s quite common in these days. So he is a bit stressed and is driving. He is entering a crossroad and he misses the traffic light and there is a car accident and he is going to die in this car accident. And what I can tell, it’s just the beginning of the game. He is not going to die, because a few pieces of a second before he dies something extraordinary unusual happens and that’s exactly the point, when the game starts.

Did you use the same graphic engine you used for 'Black Mirror' or 'Nibiru'?

Marcel Špeta: And it is also because we don’t want to force users to buy high-end equipment just for adventure games. Of course we must provide high level quality, but with acceptable requirements for the hardware. One of the very big advantages of this pre-rendered background is that we might use the high-quality renders to get the best looking out of this thing. If you would render it in a real time, then you have to go with the quality down.

Martin Malik: One of the major improvements between 'Black Mirror', 'Nibiru' and 'Reprobates' is that the characters and their animations were improved dramatically.

Marcel Špeta: We will also let the characters change their clothes during the gameplay. They’ll get tired and go to bed, so they really got a life during the game.

What about the difficulty level of the game? Will it be more for beginners or experts?

Martin Malik: That’s a tough question, because even we still didn’t have a chance to play the whole game. So no one has complete experience about the gameplay itself. I would like to say that it’s a game close to 'Black Mirror' in how it’s difficult also in the way of its gameplay. Basically that’s what we are looking for and we managed some tests regarding smaller puzzles and riddles which we are using, just to be sure it will neither be too tough nor too easy. So we hope we are on the right way with this.

Some players have been unsatisfied with the endings of 'Black Mirror' and 'Nibiru'. Can you already tell us if 'Reprobates' will have an open ending?

Martin Malik: It depends what you understand as an open ending. But the ending in 'Reprobates' is different from the ends of 'Black Mirror' and 'Nibiru'. I suppose that those who were unsatisfied with endings in 'Black Mirror' and 'Nibiru' will be satisfied, but maybe we will disappoint the other players, who really expect something like the same.

What kind of puzzles will you use in 'Reprobates'? Will there be inventory- and dialogue-puzzles or maybe machine and lever-puzzles?

Martin Malik: All of them, I would say. Because when you create an adventure game in order to keep players interested in the playing of the game you have to use everything what’s part of the adventure genre.

Martin Malik: Again, we run some research regarding the interface and we found out that it’s one of the things players mostly liked. So we didn’t want to modify it a lot. There are some new improvements. We received some new ideas about a part of the interface.
But we just didn’t finalize it, but those are only marginal smaller issues. Basically the interface will remain the same.

Marcel Špeta: But I would like to mention that we are listening to the demands from user side and we try to implement it. We did some external tests on parts of interface, we got the feedback, and try we to do our best.

Can the characters in 'Reprobates' die? 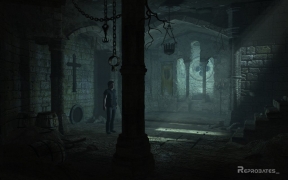 Martin Malik: Yes, during the gameplay the main character can die. That’s one thing. And also you will not see some of you colleagues in the game dieing, but you will know that because of they disappear from the place the game is based. Then you will know that they have died.

So there is only one playable character?

Martin Malik: Yes, but maybe I can say that there is one character which is impossible to play, but who is really close to being playable, which is something new.

Why are you doing adventure games? What are the advantages of the genre for you?

What will be your next project after 'Reprobates'?

Martin Malik: That’s something what we are unable to tell you at the moment, because currently we are in a process of selecting stories. It is similar like it was with 'Reprobates'. When we started with 'Reprobates' there were a few screenplays on our table and we were just evaluating them: “Ok, this one is not bad. This one is also not bad. And the third one is not bad, too.” But there was nothing extraordinary. And then we received the 'Reprobates' story. It was just two pieces of paper with the main points of the whole story and it was like: “Wow, that’s it! That’s the real idea.” It was obvious for everybody in the team. We all thought in the same way. We simply knew that this was it and we must create a game based on this idea and this story. And now we are just in the same situation. We have five or six proposals on our table, but there is nothing really amazing or special. So maybe it will come, maybe we will modify something we have currently. Who knows?

Marcel Špeta: It’s always hard to find a proper story. And under current circumstances there is a lot of competition on the market we’ll be very careful to pick up the right one. 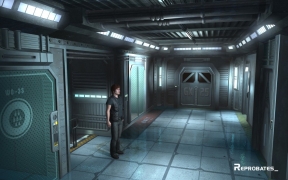 Martin Malik: For example, one of the stories which we have evaluated in the past and had on our table, a story which could be good for creating an adventure game, was about the Tunguska event. And then after two month we realized that there is another game 'Secret files of Tunguska'. We don’t know if the story was the same, of course we don’t know the whole story after it, but just the idea is the same we were thinking about. So it’s quite hard, as Marcel said to find a proper story which is unique. And I am quite open to speak that in case of 'Reprobates' that’s something that players will really love, because the story is dark but on the same time it is original, it’s unique and it’s something you didn’t expected. So let’s hope.

Do you think it would be a good idea to do a sequel of 'Black Mirror', 'Nibiru' or 'Reprobates'?

Marcel Špeta: Everybody is asking.

Martin Malik: Maybe it is, maybe not. It depends. You know, you were right about the endings of our games. For example in case of 'Nibiru' it seems pretty tough to create a sequel and make it at least as good as the first one was. But never say never. Such issues were also discussed within the team and with some of our partners. So maybe once, who knows?

I have to admit I haven’t heard too much about 'Tale of a Hero'. Could you tell anything about it?

Martin Malik: 'Tale of a Hero' is another adventure one of our teams is working on at the moment. It will be ready basically at a very similar time as 'Reprobates'. Maybe it is not end of this year released, but first quarter of 2007. It’s an adventure game for real adventure game fans. We have issued a pre-alpha playable demo version and everybody who played it said that in terms of gameplay, puzzles and this kind of stuff, it’s like the adventure games from old good times. So all those people who love adventure games love this one pretty much, even when the visual quality of the game is not as high as in case of 'Reprobates'. It’s nice, it’s pretty well done, but it’s not that quality as we have in 'Reprobates'. But on the other hand, the gameplay itself, as I’ve said, is for real hardcore adventure gamers. So those people, I suppose, will appreciate this one as well.

Would you like to say something to our readers?

Martin Malik: Just thanks to all German players for playing our games. Thanks for all the feedback they have provided us, because we are receiving e-mails with requirements, remarks and ideas. This is really nice and important to us, because if you are a game developer you need to stay in touch with the people for whom you are producing the games. So it’s really important and thanks to everybody for such approach. And a lot of good adventure games, not only from Future Games.

Thank you very much for the interview!

Martin Malik: You are welcome. 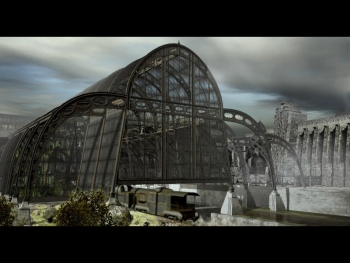 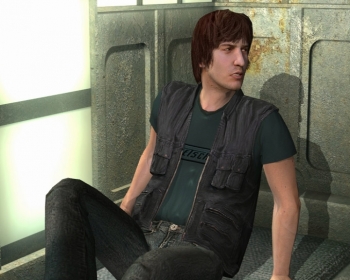 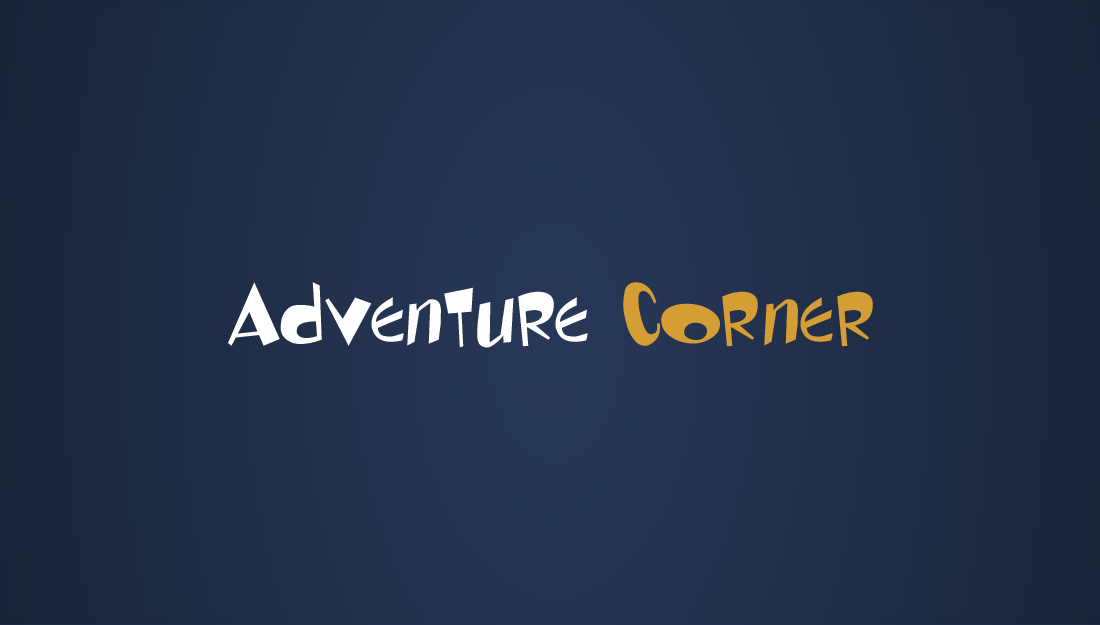 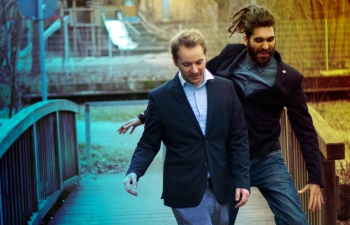