Until November 2nd 2016 Home Bear Studio is hoping for Kickstarter support, to make their cute adventure game 'NAIRI' reality. In this interview we talked to Joshua van Kuilenburg about his game and what sort of gameplay we can expect.

Adventure Corner: Hi, first of all please introduce yourself to our readers.

Joshua van Kuilenburg (Home Bear Studio): Hi! I’m Joshua, the project lead of 'NAIRI' – I do pretty much everything aside from the artwork. I love most, if not all, aspects of game development. Aside from that, I’m into video games, progressive music and learning in general. My favourite game is probably… Dark Souls!

Adventure Corner How would you describe 'NAIRI' in one or two sentences to someone who isn't familiar yet with your Kickstarter campaign?

Joshua: 'NAIRI' is a graphic adventure that should appeal to anyone into super cute (point&click) adventure games with a mature narrative angle. Think of ‘The Last Airbender’ or ‘Spirited Away’, as far as ‘cute but mature’ comparisons go. 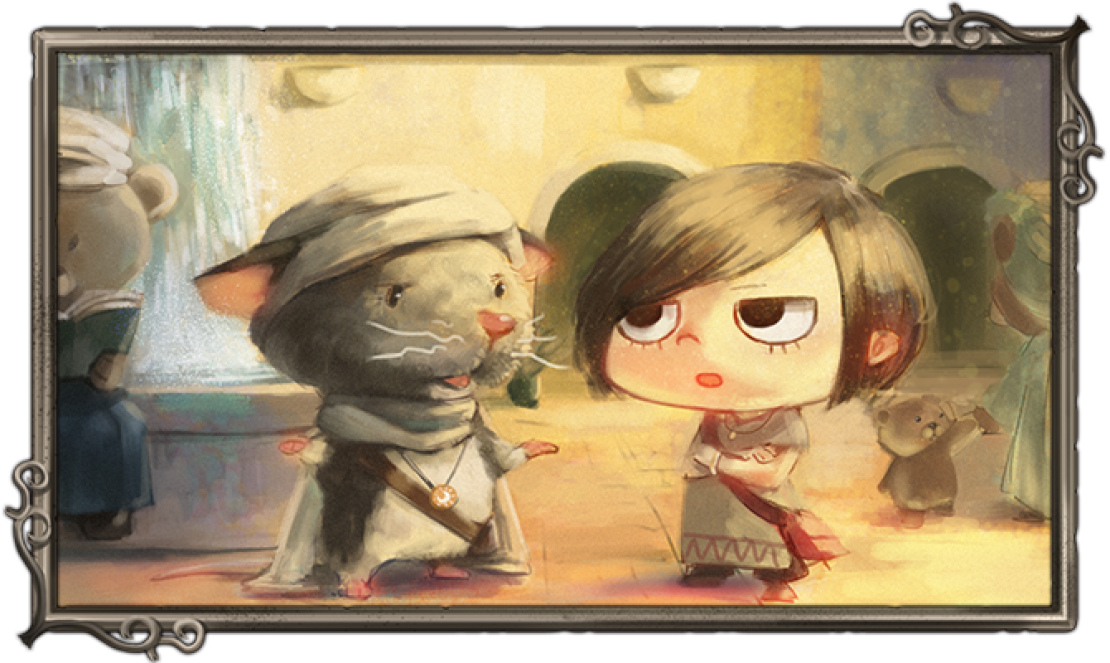 Adventure Corner: Do you consider 'NAIRI' to be a classical adventure or will there also be gameplay features borrowed from "modern" adventures like quick time events?

Joshua: The experience I want to convey with NAIRI is dependent on intellectual satisfaction and genuine emotional attachment to the characters – something I feel is pretty lacking with most modern games in general. There may be ‘action’ scenes in terms of timed events or the like, but I doubt it will be comparable to Uncharted, haha.

Adventure Corner:What is your favourite adventure game and why?

Joshua: One game that has stuck with me for a while is not exactly an adventure game, but bear with me – 'The Witness'. It borrows fairly heavily from 'Myst', and conveys a great sense of adventure and learning. Most importantly, it does this without any exposition or boring tutorials, which is something I respect. I also like how its setting is the game’s most important character.

Adventure Corner: If you were to pinpoint the focus of your own game, what would it be? Story, puzzles or choices?

Joshua: This is a difficult question. We feel the game wouldn’t be whole without a synergy of these factors, but I’m going for ‘puzzles’ here. It is a game, after all, and we don’t want to disappoint in this department. 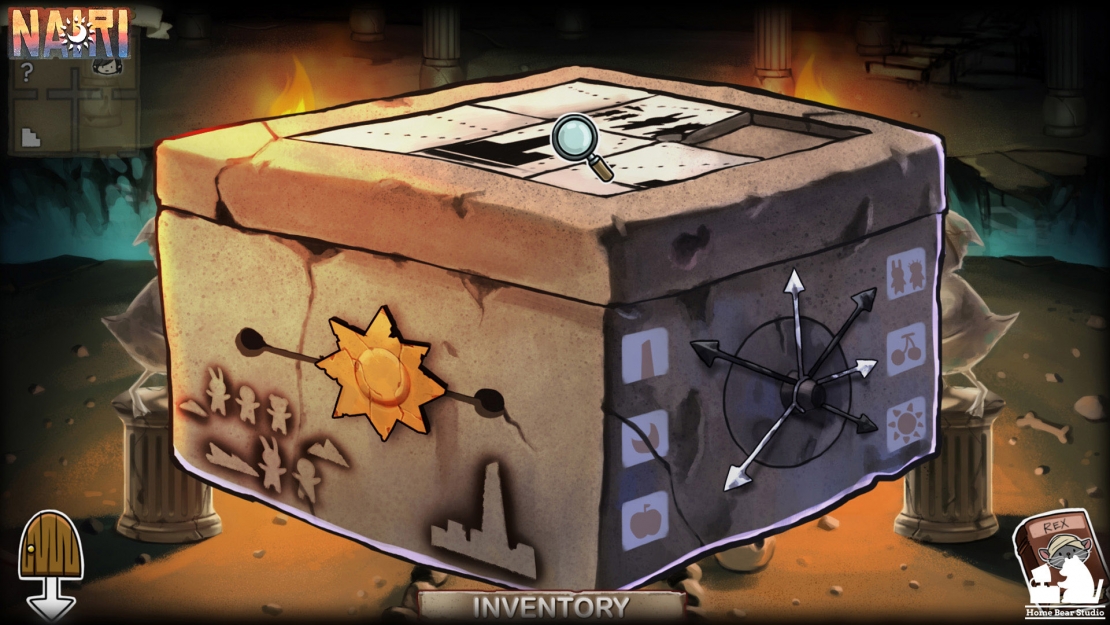 Adventure Corner: You stated that 'NAIRI' is for hardcore and casual players. How do you accomplish that?

Joshua: First of all, we focus on intrinsic game design. This is a fancy way of saying – the game is fun simply for the sake of playing it. We’re not enticing players with extrinsic achievements, points, stars and other stuff you’d find in most casual games. The only other important ingredient is dynamic difficulty and skippable cutscenes. Puzzles will significantly ramp up in difficulty no matter what, but casual players have a non-intelligence-offending optional hint-system that allows them to ‘lower the difficulty’ without feeling awful about it.


Adventure Corner: How much of the story will actually be influenced by the choices of the player?

Joshua: The story will not be influenced as much as the plot will. The character arcs remain unchanged – that’s the destination, that’s important for us to keep pure and controlled. Choices the player makes impact the journey you take towards this destination, not the destination itself. Perhaps a different dungeon, or another NPC you meet, or maybe you can skip something altogether…


Adventure Corner: 'NAIRI' is supposed to be around 10 hours long. How long have you been working on this game?

Joshua: A couple of months – although most of it has been conceptual work, not content development. The ten hours mark is what we think we can achieve in the upcoming months when we can finally shift into full gear.


Adventure Corner: You plan to release it in March 2017. Will that be as one complete game or episodic?

Joshua: This is a very good question. We felt an episodic game might be hard to sell on Kickstarter, even though I feel it’d be appropriate for 'NAIRI' – it’d work well, and the story is even written in four "books", or "chapters". In short – we’d do it if we’d HAVE to, or perhaps for additional content, but for now we’re working hard to release a complete game. 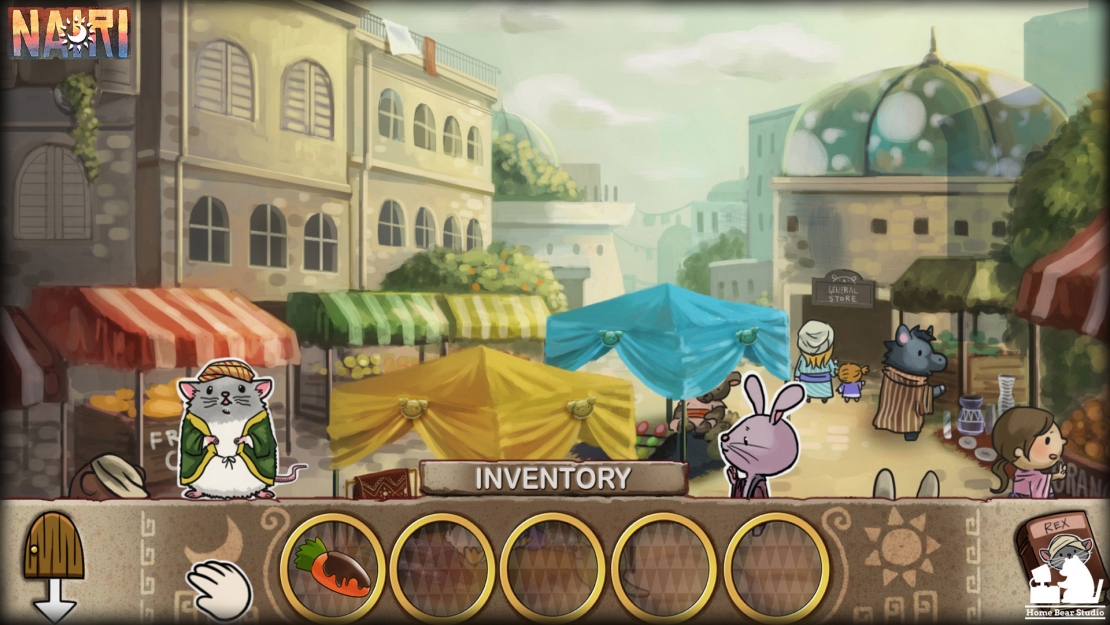 Adventure Corner: Why did you decide to do a Kickstarter?

Joshua: If we want to release 'NAIRI' anytime soon, we need to work full-time on this, and that requires funding. Aside from money - preparing a campaign, website, presskit, receiving feedback from people, it really helps us to hyper-focus on the core concept before we go crazy on content development.


Adventure Corner: How are chances for German subtitles?

Joshua: I know a bit of German, but for localization purposes I’d need to pay someone, haha. That’s to say – there is a chance, but either with stretch goals or after release. I’d love to localize 'NAIRI' so that as many people as possible can enjoy it.

Joshua: First of all, I’d like to thank anyone interested in 'NAIRI'. As a new and unproven dev-team, we really appreciate it. I hope our passion for 'NAIRI' shines through, and that people will consider supporting our project.


Adventure Corner: Thank you very much for this interview and good luck with your crowdfunding campaign!

Joshua: Thank you for the opportunity! 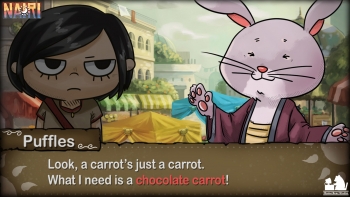 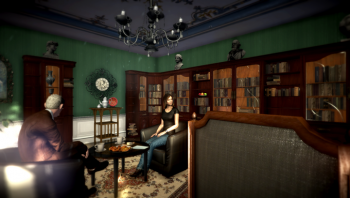 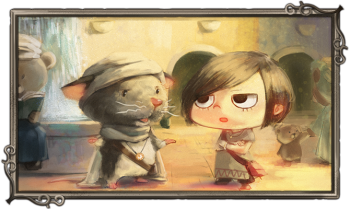